"From my perspective, this was the best workshop we’ve ever ran, in terms of engagement, facilitation, outcomes, and overall customer connection and empathy. I find it amazing that I’m writing this, because I honestly was hoping to tread water here."

While replicating or even replacing in-person workshops can seem like a daunting task — e.g. How do you make collaboration in a digital environment not only easy but also engaging? — pioneers in this space like Travis are not only figuring out how to run remote workshops, they're finding results can even surpass live sessions. Best of all, they're sharing what they learn along the way.
‍

What goes into running a remote workshop?

Recently Travis outlined the steps he and his UX research team took to host one of their most successful workshops ever. His three-part series is as a blueprint for how to facilitate a cutting-edge workshop that creates real results with the help of diligent preparation, hardware upgrades, and the potent combination of MURAL and Microsoft Teams for collaboration.

You can learn all about how Travis and team ran their remote workshop through each of the following three parts:

Travis provides context on the workshop and walks through their vision, goals, and decision to use MURAL as their visual collaboration platform of choice. The team chose MURAL saying "MURAL was the perfect fit" over other products because of its simple and intuitive interface as well as functions designed to empower facilitators. Specific topics covered include:

Preparation is key — "We needed to be more prepared than ever before. The agenda had to be airtight and every moment of the workshop would have to be planned and accounted for. We spent weeks going through each lecture and activity, optimizing for time, and communicating our plan to participants weeks in advance."

The right tools — How Travis and team determined to use Microsoft Teams and MURAL.

Hands on facilitation is necessary — The team decided to bring in facilitation experts to help manage breakout sessions and focus group work.

Energy is everything — The team took measures to reduce the length of the workshops by three hours each day, getting ahead of any risk of screen fatigue.

‍Travis goes deep, analyzing hardware additions such as ring lighting and microphone upgrades. He also covers specific audio configurations and plugins to help bring a facilitated session to life in the digital environment. Topics covered include:

Installing and configuring your audio — A detailed exposition into Travis's audio setup.

Installing and configuring OBS — been curious about OBS and how you might use it in a remote workshop? Look no further.

Travis reviews the feedback they received from attendees, the workshop’s impact, and the biggest learnings to recap the successes of his team and the workshop. Outputs from the workshop ultimately led to some of the best leadership presentations his team has ever produced!

Learning #1: Attendees wanted more time — The team held office hours at the end of the day for extra collaboration. To Travis's surprise, these were well attended and more time was often desired.

Learning #2: Making things drives engagement — Travis shared on the importance of making the work relevant to day-to-day responsibilities of attendees.

Learning #3 Emotional note taker — A novel way to get more information from customer interviews, during interviews the group would designate an "emotional notetaker" to focus on non-verbal cues like facial expressions.

Learning #4 You have to make learning fun — Travis took steps to make sure the workshop wasn't a chore, using things like music, energy-boosting video, giveaways, and sound effects to drive workshop participant engagement.

Learning #5 Foster conversation during the leadership review — Learn about the importance of presenting findings at the end of the workshop — and how MURAL played a special part by doing double-duty as not only for online collaboration but also for serving as a presentation tool.

Throughout the series Travis highlights the critical role of the passion and expertise of his team of facilitators. Knowing that their team’s skills and meticulous planning were the “secret sauce” to their success, Travis sought a visual collaboration and facilitation platform that would maximize his team’s potential — that's what led them to MURAL.
‍
Below is a closer look at what Travis and team found so useful about visual collaboration through MURAL.

MURAL as a key player to success

How MURAL was used by Travis and team is detailed in the first and third chapters of Travis’s review. Feedback from attendees emphasized the ease of navigation through the various murals which enabled them to align on decisions in real time by balancing visual cues in the shared workspace with video feedback from their peers in Microsoft Teams.

According to the data collected by Travis’s team, the satisfaction metrics for the virtual workshop were on par with those of their previous in-person workshops! Overall, the data indicated that attendees found the experience to be “Extremely effective” or “Very Effective.”
‍

The impact of MURAL and other tools on the workshop was so pronounced that one attendee commented: “I frankly think the remote forum is superior for this type of workshop. With the combination of [Microsoft] Teams and MURAL, the digital collaboration tools have surpassed analog tools like easels, sticky notes, and working around tables.”
‍
‍

Throughout this experience the team also discovered that MURAL is a fantastic presentation tool. Using MURAL empowered participants to build and tell compelling stories, compelling stories that impressed their senior leadership team. Senior leaders were so impressed, they asked workshop groups to host an additional session to present their findings to the entire engineering leadership group!

Travis Lowdermilk's three-part series on running remote workshops is a terrific example to help guide the design and execution of your team’s next big workshop or design sprint. Head on over to the first article here to read all the details — and perhaps begin to map out your own remote workshop. 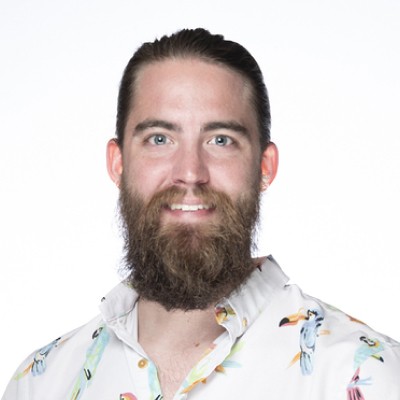 Product marketing intern at MURAL working at the intersection of the human experience, design, and technology.

Running a remote workshop at Microsoft