Aside from the virus and its catastrophic consequences in and of itself, The COVID-19 pandemic has also been an unanticipated litmus test for many regional planning agencies and healthcare systems across the United States (and the world). Ramping up testing sites quickly last spring and then more recently rolling out the largest vaccine rollout in modern history were monumental feats that necessitated federal, state, and regional government agencies to collaborate, plan, and execute on strategies quickly.

Visual collaboration software is not widely used in government agency planning, but for one government worker it became a valuable planning, tracking, and feedback platform that allowed her and her remote team to successfully collaborate together and asynchronously in order to quickly get vital resources in place — and evaluate their progress along the way.

A thriving region put to the test

Arizona’s Maricopa County — one of the largest and fastest growing counties in the United States — found itself with unique challenges surrounding both testing and vaccine distribution. Early on in the pandemic, Maricopa County Continuous Improvement Leader Jana LaFreniere was brought onboard the county’s public health department to help identify and fill in some of the department’s process gaps for COVID-19 testing and eventually, to help them with their vaccine rollout.

As part of the Maricopa County Innovation Studio, Jana and her team are brought into departments where workflows and processes are in need of improvement. “For people working in Public Health, the pandemic required learning many new things at once. We were faced with problems we’d never faced before. Processes were obsolete, or new processes needed to be created from scratch,” she explains.

Pre-pandemic, Jana and her team at the Innovation Studio had done much of their large planning sessions in person using whiteboards, butcher paper, sticky notes, and conference rooms. There were a few people on her team, however, who had dabbled in visual collaboration software, which is how she was originally introduced to MURAL. “It immediately appealed to me because it allowed us to do all of the sticky notes, arrows, mark-ups, etc. that we normally crafted in person and it put it into one, visual space that everyone could immediately have access to and refer to at any time,” she says.

When Jana began her work with the Maricopa County Department of Public Health, she was quickly faced with some extreme challenges that would require planning, tracking, and feedback on a large scale. “We are a very large county that had a very high case rate early on, so we knew right away that we needed a comprehensive testing plan, and that when vaccines did come, we would need to vaccinate a very large number of people as fast as possible,” she explains.

“In Arizona, many of our residents don’t live in-state full time but come here for winter weather. So, we experienced the logistic burden of accounting for people who might be here for the first vaccine but necessarily the second.”

There were also some ideological barriers. “There are segments of our population that are wary or fearful, or don’t have a lot of trust in the government. We had to think about how we would address the needs of those who would not get vaccinated if they were required to have a government identification card, social security number, or insurance, for example.

A single source of truth

Jana began her stint with the health department in the spring of 2020, and it was immediately clear to her that visual collaboration software was going to be an absolute necessity if they were going to be able to track community testing and vaccination events and innovate on the fly.

The team started tracking events with a spreadsheet. Within days it was unusable. “All you have to do is give 35 people across a department access to the same spreadsheet and you can guess what happened,”she says. She decided to create a mural to share with all stakeholders instead.

She needed a way to visually represent the COVID-19 community testing events so that people could easily see the status of each location and update it asynchronously. “I started a canvas with a sort of Kanban board in mind. We needed to be able to visually track an event — not just on a calendar because that was too simple — we needed to be able to track an entire event in real time, end-to-end as it went through phases of planning from concept to post-event reporting.

From beginning to end, they would follow logistics of the event on the board: the location of the testing site, the dates it was open, capacity and throughput, and how many tests were actually administered. According to Jana, with so many sites being needed it would have been very easy for different teams within the health department to have inadvertently planned events at the same place, and possibly even on the same day. Of course, this would have been a colossal waste of time and — in the case of both testing kits and vaccine doses — a waste of valuable resources.

By using MURAL, each stakeholder owned their own particular part of the event’s process (i.e. their own individual sticky note) and could easily move down as the event progressed. “Keeping track of a complicated system like this visually made it so much easier for our team to check in and see the status of each even what they needed to do next,” she says. “It allowed for much better communication and awareness of who was responsible for which parts of the process. We were able to see early on exactly who needed to be included in planning. We were even able to identify a couple of instances where people had accidentally been left off meeting invites. With MURAL, each person plays an interactive role, making it hard to be overlooked.”

This method worked so well for testing that it was adopted seamlessly for the vaccine rollout in early 2021. The mural itself was primarily used as a place to track upcoming vaccination events, but it became a common place to convene during remote meetings and facilitate discussions because teams could all reference the same information in real time. “It was our single source of truth,” Jana explains. “It provided a place for us to see what was unfolding, what had unfolded, and quickly identify areas where we could improve.”

The health department’s success with visual collaboration did not go unnoticed by other departments of the government agency. Jana says several teams across the county have adopted visual collaboration software and use it for process mapping, infrastructure development, and strategic planning. “We have MURAL Mondays now,” says Jana. “We meet in a mural for our Monday planning meetings. It is central to our discussions and our decision-making process. It has helped us connect, interact and engage with each other in a unique and creative way.”

Jana emphasizes that she believes the reason they’ve been so successful with using MURAL is that they think of it as more than just a way to collaborate better. They dove into the visual aspect of it and have looked for as many ways as possible to use the Facilitation Superpowers™ in order to keep their meetings on track — while at the same time encouraging imagination and creativity. “When you’re just looking at data on a spreadsheet, it’s very hard to really collaborate and think big,” she says. “But with features of MURAL that encourage voting, reacting, and 'celebrating,' for example, you can really get everyone engaged. Murals create opportunities for people to look at information in an innovative way.”

Innovation is not a word often used when describing governmental operations; however, with the international health crisis that Maricopa County is facing with the COVID-19 pandemic, innovation is really important — perhaps now more than ever. “Improving the health of our communities is a big responsibility that we take seriously,” Jana says. “The team at Public Health has worked tirelessly toward this effort. They are passionate and committed. Fortunately, MURAL allows us to expand beyond data science — and gives us tools to be able to appreciate and leverage both the science AND the art of the important work we do — making it that much more rewarding.”

Curious how visual collaboration could help you and your team find success. Try MURAL today for free! 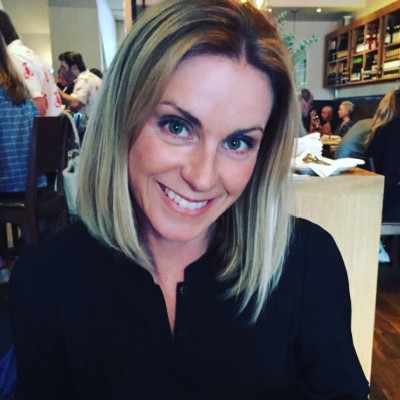 Editorial Manager @ MURAL
Susan is the editorial manager at MURAL. She loves finding ways to connect people through images and storytelling. 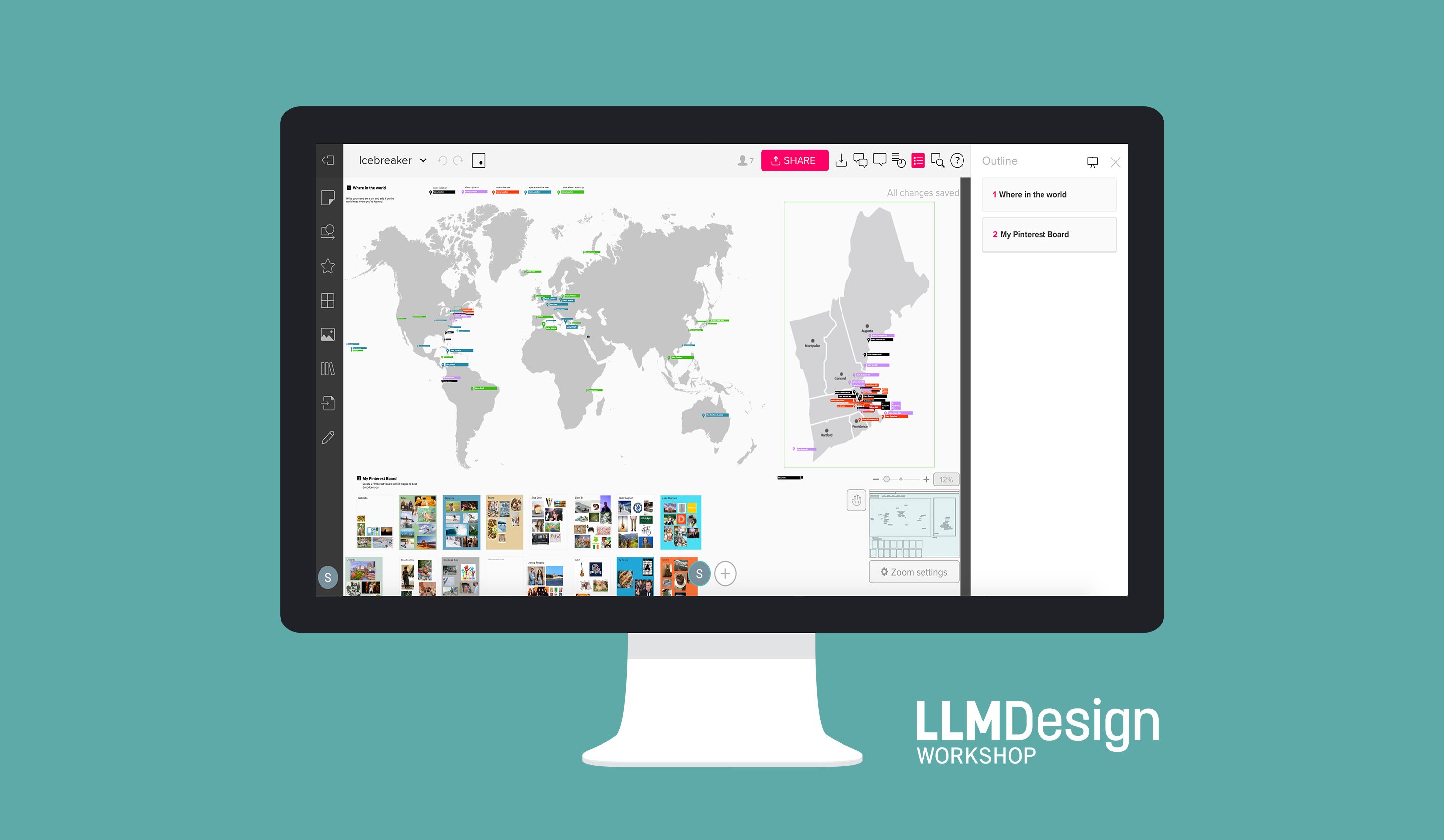 LLM design + Mural: bringing imagination to life from the ground Up 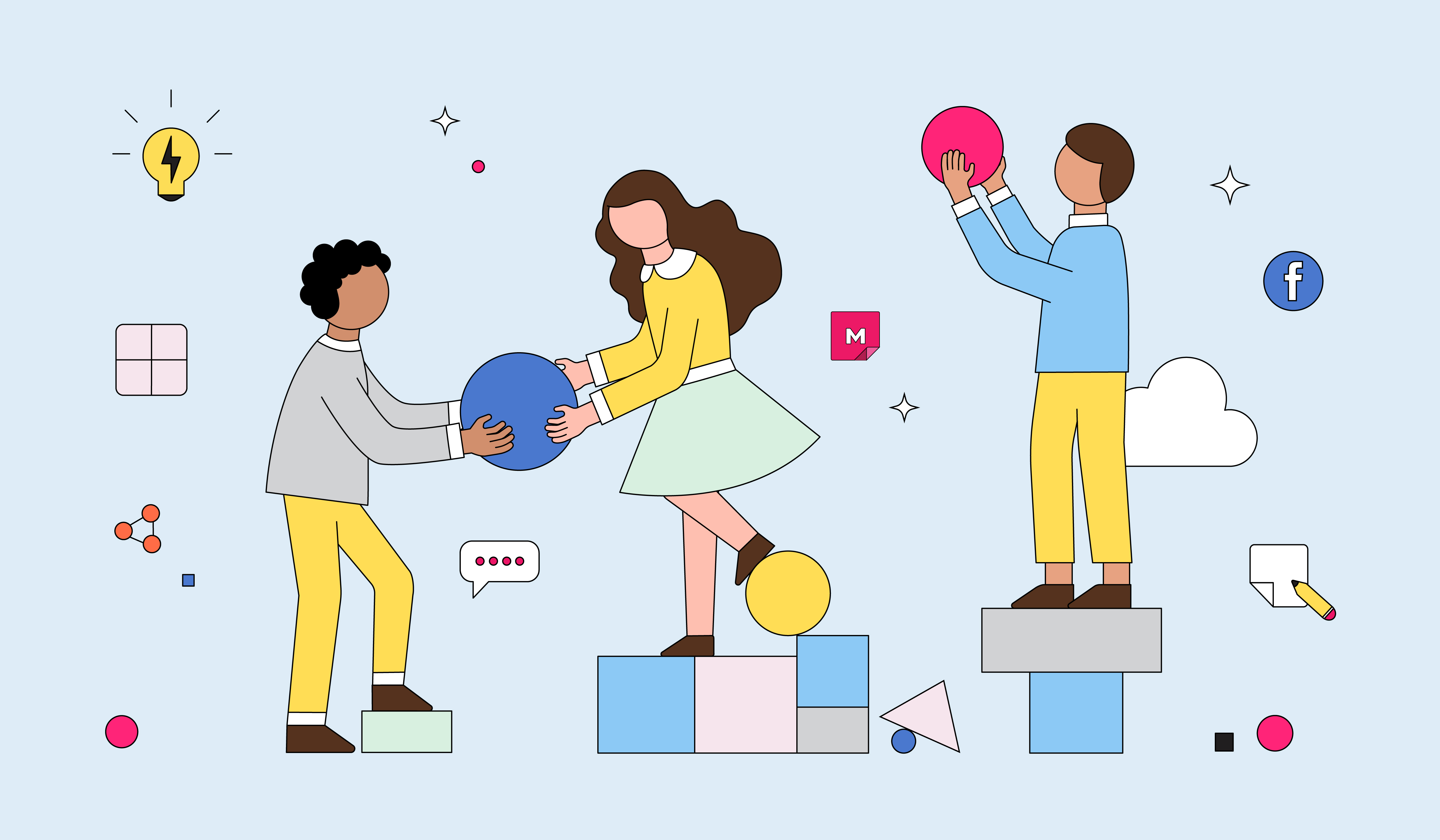 Maricopa County + Mural: one source of truth for a complex vaccine rollout